So I hear today is the 40th anniversary of the first release of Dungeons & Dragons. Or as close to it as anyone can identify (and boy did they put in the effort on identifying!). Actually, I’ve known about this pretty much since Mr. Peterson made that post back in December. And I even meant to acknowledge the anniversary with something more meaningful than the ramblings you’re reading right now.

I really, really wanted to play some kind of anniversary celebration game, but a bunch of real life junk messing with my schedule (and psyche) pretty well ruined that ideal. Also, Sundays are historically bad for gaming in my little clan, since most of us have families and such that need to be tended to before heading back to work on Monday. So it really wasn’t in the cards to begin with. But still, I meant well. So maybe I’ll give ol’ D&D a belated birthday party a little further down the line.

In the meantime, here are links to D&D-related posts I’ve made over the course of this blog’s run. Consider them my way of saying “Who loves ya, babe?” to Pappy D&D…

There’s all kinds of other stuff floating around here, too, but it’s all “officially” for Labyrinth Lord or some other retroclone or another. So I’m not linking to it directly, because I don’t wanna. ‘Cos Sherlock is starting and I’m done writing.

Wherein your humble scribe presents a handful of NPCs of assorted levels for OD&D (&c.). These folks might eventually appear in a sandbox hexcrawl thang he might or might not undertake in the near or distant future. Maybe. They were all created with 3d6 for stats, more often than not in order. Oh, and with some help from the d30 Sandbox Companion, which is pretty neat.

Beguiling Inarr is an incredibly charming young man who resides in the village of Mirington-upon-Wyestoke. He’s so charming that even most of the people whom he’s been stealing from for the majority of his 17 years are willing to put up with him. He’s indolent and a wastrel, but clever and handsome. And he’s just sickly enough that pity takes over when his charm runs out. He stole his Elven Boots off of an adventurer who passed through town last season and is careful not to be seen with them if at all possible, since the town united in his defense against the former owner of the footwear, running her company out of town on a rail when they tried to hold Inarr responsible.

Oldahl Braeskin spent three years serving as a footman in the Pale Heir’s Glorious Army of Northern Reclamation before joining the Order of St. Basil. During his final campaign he watched helplessly while most of his regiment was slaughtered by the ghouls of the Kraen Moors, himself a victim of the foul creatures’ paralyzing touch. A passing cleric chanced upon the battle and channeled the Saints’ divine light to destroy the fell undead things, saving Oldahl and a scant handful of other soldiers. In the confusion and desolation that followed the battle, Oldahl deserted the army and sought out the Parast Monastery, where he dedicated his life to the service of St. Basil and his followers. Father Oldahl now stands as both mayor and vicar of the town of Hohn, not far from the very moors where his own religious conversion occurred. Clad in mail blessed by the High Priest himself, Father Oldahl stands ready to protect his flock from any foul things that might creep in from the darkness.

The Thaumaturgist known as Kaelor Ves is, as are most wizards, quite secretive about his background. The scholars at the Great University note that the only significant mention of Kaelor Ves is found in the Tomes of Binding in the year 641, when he was noted to have been a member of the Company of the Iron Shadow, a band of adventurers famous for having defeated the white wyrm that had terrorized the areas east of Halcaen Drast. The empire’s expansion was facilitated by the destruction of the dragon, and Kaelor Ves was invited to dine with the First Minister to discuss the possibility of serving as a member of the Emperor’s personal Council Arcane. The dinner never occurred, though, due to the assassination of Emperor Hadrin VI by General Tsoras in the spring of 642 and the subsequent disbanding of the Council.

Known to have served alongside General Tsoras in their youth, the warrior Angskelda Longtooth is reputed to have broken ties with the Steel Emperor sometime before the coup that installed him in the Lion Throne. She has been known to wander the Winter Marches in the company of various unsavory characters who are considered a threat to the stability of the Empire. Unlike those assorted individuals, she does not carry a death mark upon her head. Indeed, it is common knowledge that the Steel Emperor wishes her to be captured alive if she is to be captured at all. The latest rumors regarding Angskelda Longtooth suggest that she is now in possession of one of the five fire blades.

Hailing from neighboring Akania, the name Hroth Rhoenthaal is well-known to the people of the Empire. His deeds are the stuff of legend, and many are the bards who sing epic stories of his exploits in service of Emperors old and new. In each tale, the hearty warrior declines whatever great reward might be due him in favor of returning to the battle, war, or wilds, whichever is most appropriate to the tale at hand. Those who have fought alongside the famous hero note that his lustrous black beard now shows streaks of grey, but his handling of the Axe and Shield of Daelmath remains undiminished by time. While those who have fought against him tell no tales at all.

Believed to be the only survivor of the Steel Emperor’s purge of the Council Arcane, Veysa Orn has not been seen in nearly 10 years. Little is known of her life since the purge, but those who have seen her say that she wears the signet ring of Emperor Hadrin VI, whose consort she was before his assassination. 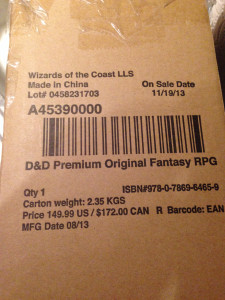 I can say that there are no torn pages in any of the books in this copy of the set. I do feel like the overall quality of the books is a little lower, though. They don’t seem as well stapled and there are a couple of pages where the printing isn’t quite straight (like the page was just a tad off when it when through the press) – nothing dire, thankfully, but just not quite right, either.

Of course, after all of the delays and difficulties with this return I’m bound to be hypercritical and prone to being irritated by the tiniest thing, so take my assessment with a grain of salt. At least there’s nothing so wrong with this copy I can’t accept it. I definitely couldn’t take going through the replacement process again.

Speaking of the replacement process, for those who are curious about the “little something extra” to be included to offset the shipping costs, it turned out to be copies of the Urban Underdark dungeon tiles, the Haunted Temples map pack, and the Shattered Keeps map pack. They add up to pretty close to what I paid for shipping, so if you paid more or less I’d expect you’ll get more or less accordingly. I can’t say I’m thrilled with these, but it beats a sharp stick in the eye.

My final assessment of this whole mess still leaves me with a negative opinion of WotC’s customer support (web and direct phone, at least) and I can’t say I’d recommend spending the money on this set if anyone asked me. It’s nice to have, sure, but I don’t think WotC has really put in the effort and quality control to justify the $150 they’re charging for it. A product with this kind of price tag really ought to be produced with more care and attention than has been applied here. And if a problem does turn up with such a product, it really shouldn’t take 25 days, four phone calls (two of them answered with outright rudeness), multiple emails, tweets, and other electronic junk, and three distinct support cases to get resolved.

In the end I’m glad I have the set, but if you’d told me up front how unhappy I was going to be along the way, I’d have saved my money. And now, all these days later, I’m no longer excited by this product or looking forward to enjoying it. Instead, I’m pretty much just going to stick it on my shelf where it will sit gathering dust. And that’s the biggest shame of all.﻿

The “customer service” mooks at WotC haven’t even processed my damned return of the defective OD&D boxed set. Never mind the fact that I sent it back priority mail and they’ve had it since last Monday (12/2). The goon I spoke to this morning mumbled something about them only processing mail once a week and that if my package got there after processing time on 12/2 then they wouldn’t even have seen it until yesterday (12/9). And then he brushed me off the phone without so much as a “have a nice day.”

To say I’m more than a bit pissed off would be an understatement, I’m afraid. A huge chunk of my enthusiasm for this reprint has eroded and I’m also pretty damned sure I won’t be inclined to give WotC another dime anytime soon. 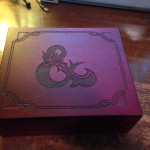 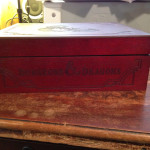 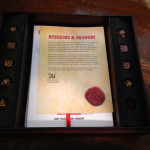 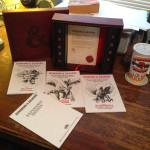 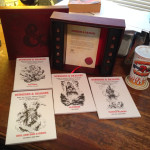 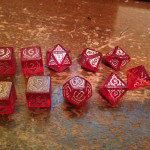 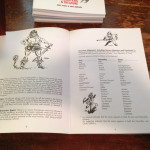 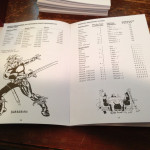 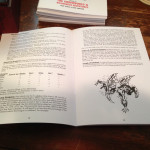 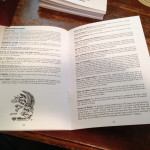 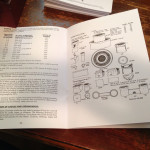 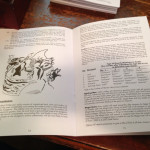 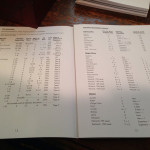 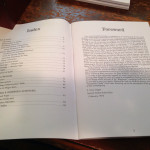 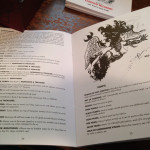 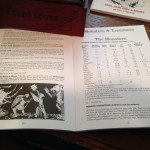 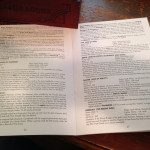 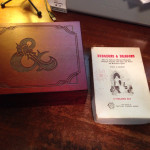 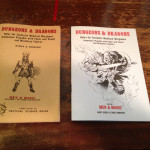 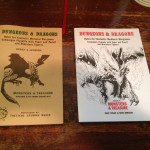 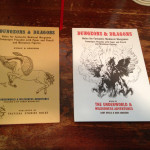 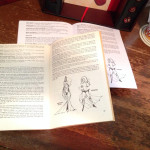 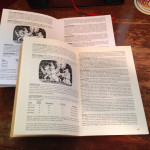 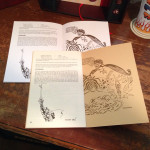 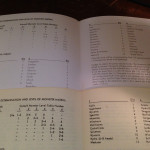 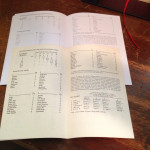 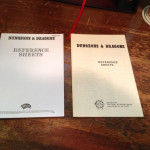