And welcome to Strange Stones!

It seems that my pictures of the just arrived Swords & Wizardry WhiteBox Boxed Set have turned out to be pretty popular. So welcome to all you new visitors (and old friends, too) who’ve stopped by. 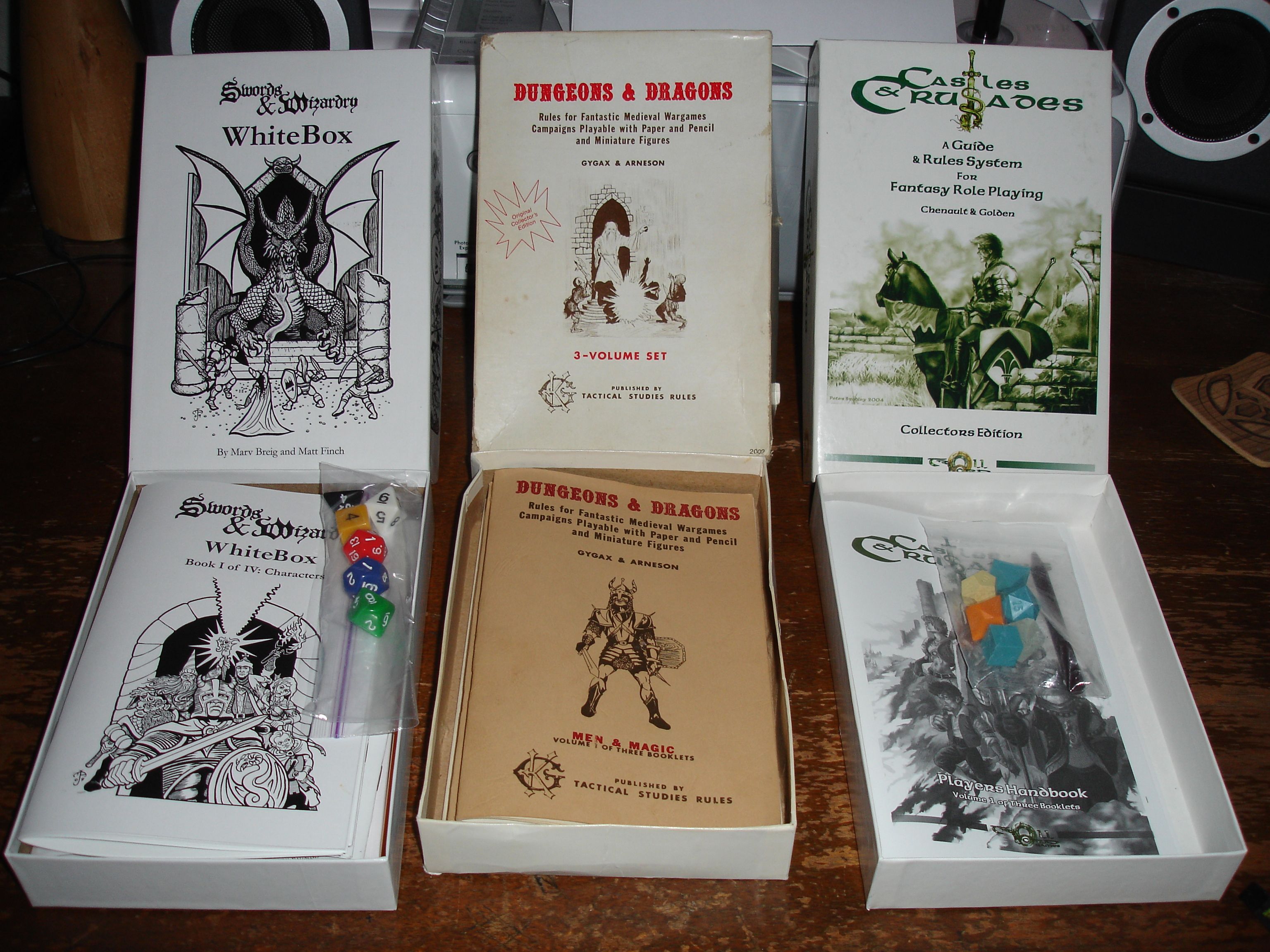 I don’t have any new content today – I’m far too hungover from a night of EuroRails in which I lost the game but won the “Who gets to polish off this bottle of ’91 Glenrothes?” contest – but I thought for the sake of the new visitors I’d point out my main project on the blog right now, The Demons Of Adad Untash.

This project will wind up consisting of a whole passel of demonic baddies for use with Labyrinth Lord & the LL Advanced Edition Companion (though, clearly, they’re usable with a whole bunch of other games that share a certain DNA, including S&W). I’ve just recently completed the lower order demons and the standard order beasties are up next. They should start rolling out a little later this week.

Meanwhile, here’s one more picture of the WhiteBox, alongside its grandfather and its cousin.

0 thoughts on “Well Hello There, Everybody”