After enduring* for what seems like forever with just my horrible* old red cover copy of Labyrinth Lord (and worse, only a cheap printout of the Advanced Edition Companion) I finally broke down and ordered shiny new hardcovers of both books. 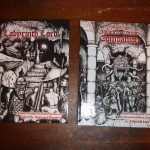 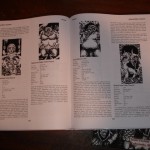 Now, I’ll freely admit that I wasn’t sold on the new cover art when I first saw it announced. Actually, I wasn’t sold on it until this afternoon when Mr. FedEx showed up with the books. I can’t stress how sharp these books look in person. And having the two of them next to each other on the shelf just makes me smile.

Eventually I’ll break down and get OEC as well. But since it’s not a big shiny hardback, the oomph won’t be the same. That’s ok, though. There shouldn’t really be any oomph where 0E is concerned, in my opinion. And, of course, I’ve still got my OCE box if I ever need it.†

*I am being sarcastic with these comments, just so you know.
†Yes, I’m bragging here 🙂