Wherein your humble scribe posts a picture of his dice collection. Largely for image testing purposes. 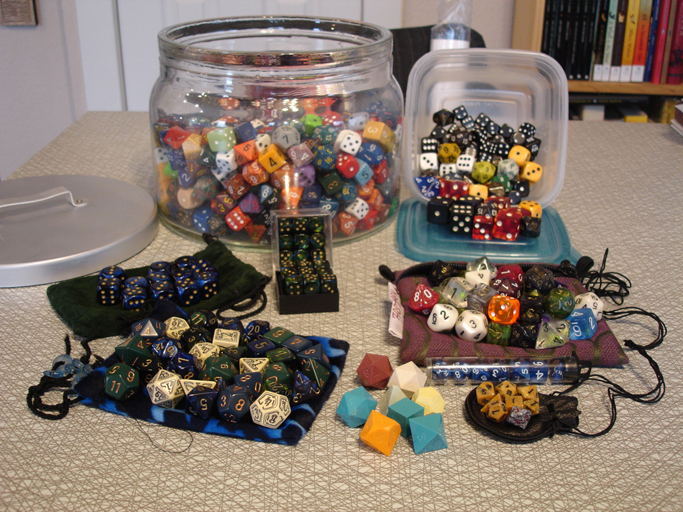 I’m very fond of dice. I won’t go so far as to say I fetishize them. But I’m terribly fond of them. I went through a period in the late 80s and early 90s when I felt, somehow, that polyhedral dice were silly and games should only be played with d6s. I blame Hero and TFT for that. I forgive them, of course, but I blame them.

Later, probably around the time that I got all excited to get back into role-playing because of 3rd Ed. D&D I rediscovered my love of these strange stones. They make me happy, all of them. I think this is part of why I’m such a sucker for Basic RolePlaying now. I really like the fact that the system is yummy and logical but I still get to use my oddly-shaped bits of plastic when I play it.

0 thoughts on “Too Many Strange Stones”