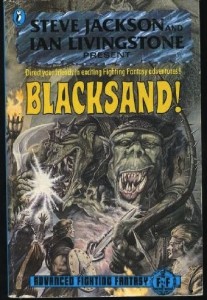 So I’ve ordered vintage copies of the old AFF books Blacksand! and Out Of The Pit, and they’re both on their way. Part of me wanted to get the new printing of Out Of The Pit, but it was much more cost effective to snag an old copy, and since the new book is just a straight reprint. I’ve also read that the content from Blacksand! is due to be released by the new license holder eventually, but I didn’t feel like waiting.

Anyway, I keep having ideas of things to do with the system, but I know that it’s way too simple & light for the folks I play with normally to want to sink their teeth into. But, like Barbarians of Lemuria, I think it’s a system that I can use as an inspirational tool even if I have to then take those inspirations and wrangle them into Basic RolePlaying.

All that aside, I’m still entertaining notions of using AFF for some kind of online play or another. It strikes me as ideal for a good one- or two-player (plus GM) game. That is, having only three truly character-defining stats feels good for quick play with a small group, but even I can admit that for larger groups you’d run into folks feeling like their characters were all too much the same. But if you had one fight-y type and one magic-y type getting into trouble side-by-side, I think it would be aces. 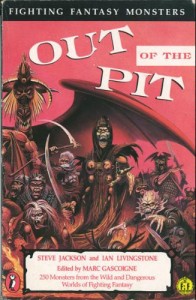 In other news, I’m already kicking around some ideas for a few new talents for AFF, including:

I’ve also got an idea for implementing a whole bunch of new talents based on the Martial Arts abilities in the old, ill-fated wuxia-meets-D&D game DragonFist to make AFF a solid engine for that kind of fighting. But I’ll save those thoughts for another time.

I think the key thing I’m seeing/feeling here is that AFF is so delightfully light that (like other light games) it’s just begging to have stuff made up for it. Consider these new spells for the Minor Magic system as a great example.

I guess the ultimate point of this post is that, unsurprisingly, I like games that are inspiring and open a hell of a lot more than I like detailed games with detailed rules and answers for everything. Shocking news, I know 🙂